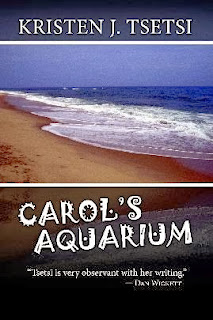 
Minimalist at its finest: so vague, so dark, and so mortally wounding, some of the stories warranted a second read so that I could fully appreciate just how deeply the psychology of obsession hit the page in so few words. That's what this book is all about after all: pain, suffering, and obsession -- the decay and collapse of the human psyche. But I'll get more into that later.

Now I love deviant and damaged characters, but I wasn’t quite prepared for the level of neurosis I found in this collection of stories, or rather, explorations in obsessive emotion. Obsessive to the point of being pathological. The level of self-indulgent angst is disturbing in itself, and the spare writing style leaves much for the reader to interpret on their own, which makes for a very uncomfortable and eerie experience. So brava!

Most of the stories in this collection are written in the dramatic style, and since the themes are very macabre in nature, the brevity actually suits the stories. Subtly is required here so that the reader doesn’t feel bludgeoned by the suffering. And there is a lot of suffering. These characters cling to their pain in frightening self-destructive ways, and they practice avoidance as if their lives depend on it. Stunning! Even the justifications are so perfectly extraordinary in their ordinariness that any adult reader will be able to relate on some level with each of the characters and their particular situation. These are real people, people who have become victims of their own life experience.

There isn’t a bad story in the bunch, well, they aren’t stories in the conventional sense of the word, so there aren’t really any plot lines, but my favourite, even after reading the entire book twice still has to be the first one: Eating Eternity, where the main character is so deeply obsessed with her own eventual non-existence that she takes to eating dust, carpet fibers, and her own husband’s fingernails. There are quite a few stories in the collection having to do with a woman’s anxiety as she awaits the return of a man at war. I believe Ms. Tsetsi has some experience with that, and so it didn’t surprise me that it would be one the major themes explored in the work, but pinning for the soldier lover is only one of many of the existential themes represented here: We also explore the issues of mortality, depression, desperate delusional love, jealousy, insecurity, envy, guilt ... actually I think all the 7 deadliest are represented here in one allegory or another. One might even go so far as to liken this collection to Dante’s Inferno, each character is in a purgatory of sorts, placed there by the conviction of their own will alone. For example, in the story Suburban Warfare, our main character has lost her husband to the war effort. She patiently awaits a call, a letter, never knowing if her beloved is still alive or whether or not she will see him again. The anxiety she feels turns into an obsessive almost malicious disdain for the ordinary world, a world she no longer feels a part of, and I quote:

The dog gnawed the crumble-bones sideways, molars grinding round edges, and at dusk when she went indoors and stood behind her window to watch her neighbors—actors in a sun-flushed, cotton-soft all-American movie—play in their yards and have tiki-torch barbecues and smoke on stained porches, she would see the dog waiting at the fence.

Yes, that story ends in a very cold, calculated, and troubling manner, but Ms. Tsetsi keeps the emotion well restrained in these stories, everything is very deliberately masked with order and calm resolve, the author preferring to let the shadows do all the wailing. Let me tell you, the wailing is deafening because these stories are dark, dark, dark. These characters have plummeted over the edge, beyond the abyss, into some serious dementia. I have to spoil a moment here so future readers can understand what I am getting at. In the above mentioned story, the main character subsequently has to rescue her dropped phone from that stray dog. In self-defence when it attacks her, she has to kill the dog, but that is not the disturbing part, the woman later begins to write a letter to her husband:

That night—or rather, very, very early the next morning, the cell phone left in some room or other—she would write slowly, bandaged, “I have blood on my hands. Do you? I know what it’s like, now. Fear and fighting. To hear that last breath. A half-breath, more like, and a little anticlimactic, if you ask me.”

This is the sort of narrative voice I like in short fiction. The themes are very pointed, and the writing is confident enough to deliver the emotional payload like a blow to the chest with a knife-blade. I tend to like richer and fuller prose. I am Gothic girl, what can I say, but I think that these stories, even if they are written in a modern minimalist style, still encompass the framework that made the Late Victorian Gothic revival so wonderful. That framework being an unabashed appreciation of extreme emotion, an awestruck love of the sublime, the inherent desire to thrill by instilling fearfulness in the reader, and the pursuit of atmosphere in the ordinary. In this case, the Gothic would represent the decay and collapse of the psyche as I mentioned above, which is deftly dealt with in this collection.

I reviewed this from a Scribd PDF copy. It’s not formatted for a traditional print publication, so I have no comment on print quality or layout, and I only found a few very slight editorial issues. My only nitpick with the cover is that the font and picture of a rolling ocean don't really reflect the extreme emotion one will find in the book -- the font especially. Aside from that, I look forward to reading more from this author, and I encourage everyone who enjoys the art of short fiction and Gothic themes to download and read this book. There is true talent here, talent fully fleshed out in these haunting vignettes. These are real people in real pain, self-inflicted or otherwise, and they hit the page with a subtle vengeance.