Self-Published Authors Show Us Your Websites! 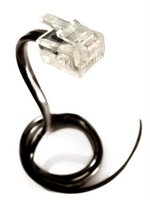 Post a link to your webb-page in a reply to this post. Sites that we like will be featured on the POD People blog and the best will also be added to our website! Watch this space for links to great POD book websites and discussions about how to improve your site!

EDITED TO ADD: If you reply but do not see your post listed you do not need to send it again. Due to SPAM posts I have had to moderate replies and I will approve your replies as soon as I see them! Apologies for the delays this produces.
Posted by veinglory at 7:13 PM 25 comments: 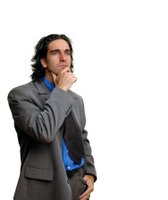 DESCRIPTION -- "Print on Demand and ebook publishing have created a whole new model for self publishing. Are POD and digital books the answer to our prayers, or just an evolutionary step between traditional self publishing models and free Internet distribution?"

PICK OF THE POSTS -- POD versus Print on Demand Publishing

"I used to get all worked up when I saw POD being used as a generic term for books from companies like iUniverse, Lulu, PublishAmerica, xLibris and AuthorHouse, but I've concluded that it's silly to fight against the tide of language usage. I imagine there are some lawyers at Google who are bothered that using their Google as a verb will result in trademark dilution, so compared to them, I have nothing to lose by going with the flow. Too bad I was born a salmon."

THE QUESTION -- Has POD People commited a semantic sin? Does anyone care? Yes, Print on Demand is a technology used as much by publishers as private individuals, but SeP People just doesn't have the same ring to it....
Posted by veinglory at 9:07 PM No comments:

'Kingdom of the Hollow' by Phillip E. Hardy

The Hatfields and McCoys are now referred to quite casually as symbols of feuding neighbors. 'Kingdom of the Hollow' provides an informative narrative about the real people behind this cliche. The facts of the matter are laid out from the first accuastions of pig stealing, through bungled wooing and hot headed shootings and a final court case. In every detail the feud clearly deserves its status as a symbol of the tragedy of small disputes leading to calamity--in this case dozens of deaths.

This neglected episode in American history is clearly delinieated and placed in the context of nineteenth cenmtury Kentucky in the wake of the Civil War. I was left feeling better educated but with a lingering uncertainty about which aspects were historical and which were fictionalised.

This book does a great service in laying down the facts in a simple and readable manner. Minor but persistent proofreading errors were apparent but a greater difficulty is the dispassionate third person approach which prevents one for really being placed in the characters' shoes. I would recommend this book to anyone interested in learning about the Hatfield and McCoy feud in a relatively effortless manner--rather than someone seeking an entertaining novel.