REVIEW: Below The Line

There’s a type of crime novel that is best described as “a simple plan.” It’s where a group of people come up with a simple criminal plan to make a bunch of money and nobody will get hurt. The plot then revolves around watching this simple plan go seriously wrong, usually due to the greed, incompetence and general bad luck of the main characters. Brian Tobin’s new novel Below The Line is an enjoyable entry into that genre.

The novel is set in 1993 Los Angeles, and stars a cast of characters not exactly out of Central Casting. The closest character to a hero is Peter “Squeak” Bartholomew, a ne’er do-well from a small town in Upstate New York. He’s got family problems and money problems, the solution to which comes to him from his buddy Martin Oals. Martin, Squeak’s childhood buddy, moved out to LA and became an actor. Alas for Martin, not a very famous or wealthy actor, one who’s career peaked with “also appearing” roles in movies and TV series, and those had largely dried up. So, Martin had taken to dealing drugs, selling same to his collection of Hollywood contacts, including one Joel Opatkin, a studio VP with delusions of grandeur and a cash problem. A decision to migrate from sales to production, funded by Opatkin on borrowed money, is the simple plan that leads everybody to disaster.

Brian Tobin, the author, lives in Los Angeles, and for this his 4th novel (including two from St. Martin’s Press) he vividly incorporates the movie business into this novel. The novel’s title refers to an imaginary line in movie-making. Everybody “below the line” handles the details of actually making the movie, while those “above the line” have creative control. In this book, everybody is below the line, in that they really have very little creative control over their lives.

Having said that the characters have no control, they are both believable and (by their lights) reasonable. This is of course the beauty of the “simple plan” – it really shouldn’t be that hard to do what they are trying to do. But Murphy (or in this case author Tobin) is alive and well, making things difficult. I have to say that I found Below The Line an enjoyable romp through the mid-1990s. 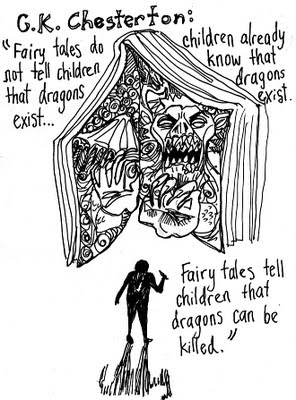 Posted by veinglory at 4:00 AM No comments:
Labels: cartoon 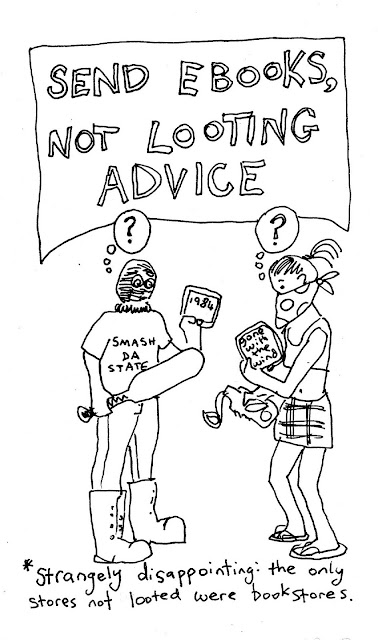 REVIEW: Kitemaster and Other Stories

I’ve been a fan of Jim C. Hines for several years, so when he announced that he needed reviewers for his ebook short story collection Kitemaster and Other Stories I jumped at the opportunity. I’m glad I did.

Kitemaster is a collection of six previously-published short stories and a preview chapter of Jim’s upcoming novel Libriomancer. The common theme of this collection is that these are the stories that don’t involve goblins, which Jim is famous for writing about.

The lead story, “Kitemaster,” is unusual in that instead of the bog-standard European fantasy realm, it’s set in a feudal Chinese environment. It’s also unusual in that the lead character, Nial, has as a companion a magical, talking (at least to her) kite! In the author’s notes, Jim says he got the idea from a throwaway line about fighting kites in a Robert Zelazny book. I found the story quite enjoyable and refreshing.

The next story in the collection, "Untrained Melody," was written for an anthology edited by the author Julie Czerneda, and features the coolest weapon I’ve ever heard of, the “dwarven battle flute.” Also in the anthology are two stories starring the man-and-woman pair of thieves, Alycia and James. The first story, “Blade of the Bunny” is an interesting tale of a magical knife, while, later in the anthology, “Spell of the Sparrow,” features our criminal duo, their daughter and a somewhat bird-brained sorcerer. Sandwiched between these two delightful tales is “Over the Hill,” a story about a trio of not-quite-too-old women who do daring deeds daringly.

The final story in the collection, “The Creature in Your Neighborhood,” is written as a screenplay. Jim has small children, and one day, a little too much children’s television caused him to snap in an unusual (and very funny) way. Let’s just say werewolves and stuffed animals don’t mix! Jim wraps up the collection with the first chapter of his upcoming book Libriomancer. In this universe, people can (deliberately or by accident) pull magic through the pages of a book.

This is a short collection, only available in ebook, but highly recommended.

Indiereader started out as a site for readers of self-published material to mingle and discover new books. What they discovered, and most people already knew, is that dedicated self-published books readers are a demographic that barely exists outside of the authors themselves (and sometimes not even them).

Readers want books. Actively and indiscriminately seeking out self-published work would be a strangely masochistic thing to do.  Even those, like me, who have a particular intest in off-mainstream material buy it based on authors we know and trust or off-mainstream genres that we are willing to take a risk on.

Therefore Indiereader has taken the predictable path, into the vanity model.  You may not be able to make lots of money of the readers of self-published books, but you can always tap the new waves of authors looking for a short cut to fame and fortune. Sell them advertisements or amorphous promotional packages. Better yet, offer an "award" the ultimate in ostensibly valuable intangibles.

Enter the Indiereader Awards, where you pay a $150 at the slim chance of getting a ghettoised "Kirkus Indie" review (they don't make it clear it is not a standard Kirkus review) and a pretty sticker. There is also a soft promise that terribly important people will see your book.And something to do with "Book Ends Entertainment" which, if you Google them, seems to be most famously involved with Indiereader rather than... whatever unspecified wonderful things they are meant to do for the winner.

The awards have 49 categories but a winner is declared only at Indiereader's discretion--perhaps based on whether the number of entries would allow this to be done without threatening the profit margin. A good deal? I think not. In my opinion holding such a high-fee prize, like buying reviews, is quite possibly more of a handicap than an advantage.

Any site that genuinely connects with readers, or runs an award program secondary to their main activity and without the primary motive of making money, might be able to bestrow an award that would impress me as a reader and reviewer.  Indiereader does not tick these boxes.
Posted by veinglory at 1:09 PM 1 comment:

A word of warning – when you sit down to read R. E. McDermott’s first novel, Deadly Straits, make sure you have time to read it in one sitting. You will not want to put this book down!

The book is the story of Alex Kairouz and Tom Dugan and how they get involved in a multi-national plot to disrupt world oil shipping. Alex owns Phoenix Shipping, a London-based firm which has been forcibly subverted by a mysterious “Captain Braun.” Tom is an American who runs a ship operations consultancy. He’s friends with Alex, and Alex is his biggest client, so when Tom is approached by the CIA to investigate a suspicious hijacking he agrees with reluctance.

Since all this happens in the first few “pages” of this e-book, I’m not giving away much. But that’s about all I can say about the plot, as a key component of this story is figuring out who’s doing what to whom where and when. The author, McDermott, is a graduate of the U. S. Merchant Marine Academy and runs a ship operations consultancy in the US and Singapore. This detailed knowledge of ships, the sea and modern merchant operations colors Deadly Straits, to good effect.

As you can suspect from my warning at the top of this post, Deadly Straits is a thriller, with a lot of straightforward action. Having said that, McDermott avoids the of “too much information” trap that’s typical of thrillers. We never once hear of the type of engine on McDermott’s ships, for example, because we don’t need to know that. If we do need to know, well, he tells us in an interesting and readable fashion.

Another problem of thrillers is the cardboard character. Now, don’t get me wrong – Deadly Straits is nobody’s idea of a character-driven cozy – but the characters are generally believable and not typically drawn from Central Casting. There are two exceptions to this rule – one of the CIA characters is your typical political hack boss, and Alex at the end does something I didn’t find quite believable. These are minor flaws which in no way hampered my enjoyment of this wonderful book. I highly recommend Deadly Straits to anybody looking for a fast-paced and enjoyable read.

Thoughts on The Craft -- c.anne.gardner 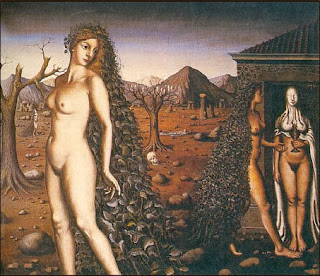 Art is not a mirror to reflect the world but a hammer with which to shape it.
-- Vladimir Mayakovsky

It is the function of art to renew our perception. What we are familiar with we cease to see. The writer shakes up the familiar scene, and, as if by magic, we see a new meaning in it.
-- Anais Nin

I think these two quotes go hand in hand. Our world is our perception of it. In order to change the world, we must first hammer away at perception. Quite a daunting task if you ask me, since everyone’s perception of the world is slightly different. So, how can an artist approach an obstacle of this magnitude? Well, we can use the familiar to our advantage. We can decisively attack those perceptions which have become so familiar and so widely accepted that they have become dogma. True that there is no new story, but simply by changing the perception of it, we create it anew. Our modus operandi might be a hammer and chisel, or a paintbrush, or a whisper, but however we choose to manipulate the truth through fiction, it’s our perception of the truth that hopefully will affect change. Then again, art requires a bit of an intuitive approach, so, not everyone will see the truth even if we bludgeon them with a hammer.