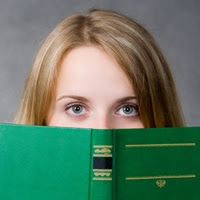 Self-published books often have an uphill battle because unless the reader knows your work, they have no outside assurance of its quality. So previews are very important; you should have them and they should be good. Right from the very first line. Here are the first lines from the three self-published works currently on my desktop:


He opened his eyes, and groaned as the pain set in. (What We Do by Ben Adams)


It was a grey overcast most of the day. (The Martinet by Brad Barber)

Hmmm. Yawn. But the book has a nice cover so I am giving it the benefit of the doubt.


I arrived in New York the day before Thanksgiving. (Fuck all by Matthew Damon)

As a first line, not so thrilling. But the book is called 'Fuck All' and the first chapter is called 'Eat Mom's Pussy'--so it's fair to say that the author has already got my attention.


My opinion, for what it is worth, is that first lines should avoid weather, waking up scenes and woo woo (dreams, omens and prophecies). It's not that these things are a deal breaker, but boy am I sick of them...

So, what is your first line like? Does it hold the reader and pull them in?
Posted by veinglory at 6:25 PM
Labels: WRITER CHAT

Imagine if you will, a you that eternity could never possibly comprehend, trapped deep within walls of flesh-n-bone, but a mere shadow, the reflection of an infinite, abysmal darkness—forsaken, devoid, wretched,
and wanton.

I do agree with the good first line theory, but sometimes we just have to set the scene and it isn't always glamorous.

Indeed, a good first line isn't always crucial or even possible. But it is a chance to hook the reader....

I snuck out this morning while it was still dark, and at mid-day this is where I find myself:
[picture]

My POD book is a streamlined and edited version of a fiction blog and the pictures are part of the story. It was never intended as print fiction, but enough people wanted to read it without having to wade through five months of daily blog entries that cleaning it up and going POD seemed like a fun thing to do.

Here's the first line from something I still intend to seek traditional publication for:
It was the bells that alerted her to the presence of the stranger— goat’s bells jangling, the sound carrying clearly on the desert night.

That second one is certainly intriguing :)

The book I'm currently writing (The Ash Spear, the third book in my Storyteller series) starts like this:

Elidyr Mwynfawr, King of Aeron, was a weak, greedy fool, and like many another fool, he died of his folly.

The first and second books (Storyteller and Flight of the Hawk) both start with this line:

Blood and fire, gold and steel and poetry, a river’s voice in the silence of the night, and the shining strings of a harp – all these and more I have known in my time.

My first line is:

I remember watching my lover die. If my plan fails, I may get to join him. I’m not sure what I’m hoping for more – success or failure.

Here are the opening lines from the Introduction of my latest (fourth) book, Timeline of America:

We are standing on the precipice of what we have always known as American culture. The unknown is ahead of us. The other stuff is mentioned in the timelines of this book.

cheryl...matt damon here... havent had internet in two months, and suddenly 'poof' your email address doesnt work anymore and you're 'retired'. huh? write to me... my email address is listed inside my novel