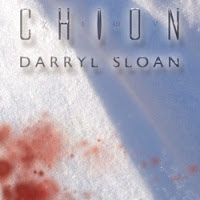 1) Why did you choose to self-publish and what were your expectations?

Many successfully published authors tell a tell of struggling for years against countless rejections before finally making it. I didn't have the heart for that, or the patience, especially when there's no guarantee of anything years down the line.

When I self-published, my aim was to sell 1,000 copies of my first novel.

2) Why did you select your specific publisher?

I chose to go it alone, completely. No iUniverse, no Lulu, no Authorhouse. Just me and and a local book printing firm. I chose to avoid the existing POD companies because I knew I could get a better per-unit price on the production of my book if I agreed to a run of 1,000 copies. In fact, I only paid a quarter to a third of what I
would have paid to a POD company if I had managed to sell 1,000 books with them over time.

If you've got a little capital behind you, might as well invest it sensibly, instead of starting out with low expectations and taking the no-risk POD option that results in an overpriced paperback that will be much harder to sell.

3) How is it going so far? Are you achieving your goals?

The novel (entitled "Ulterior") was published in 2001. I sold all 1,000 copies in just over three years. I'm now in the middle of selling my second novel ("Chion"), which has sold around 300 copies since its release in January 2007.

4) What advice would you give a person who has completed their manuscript and is considering self-publishing?

First, understand how the self-publishing business model works. It's really hard to make a success of it, and there are many pitfalls, so learn all you can from your peers who are already in the thick of doing it.

Secondly, don't disrespect your readers. Self-publishing has a stigma attached to it because would-be authors won't learn how to write properly. Learn correct grammar and punctuation. Learn about plotting and characterisation and point of view, and everything else you need to know. And when you've written your novel, edit the hell out of it until it's indistinguishable from a professional work. You owe it to your readers.

Six hundred and fifty pupils, confined to their classrooms, waiting impatiently for the break-time bell to ring, eager to rush outdoors for a snowball slugfest. But when the first foot crosses over the doorway to the playground, something goes terribly wrong: the boy is strangely powerless to prevent himself from falling … and then screaming.

No one knows whether the phenomenon is a freak weather condition, a chemical weapon, or a divine curse. One thing is certain: what's lying outside is not snow. And unlike snow, it is not melting away.

How will anyone anywhere survive?

URL: http://www.darrylsloan.com
Posted by veinglory at 1:16 AM
Labels: My Story

The key phrase is: make it indistinguishable from a traditionally published book. You speak the truth, Darryl. It's a shame far too few POD and self published authors don't take this issue to heart. The inferior level of editing and proofreading done by some authors denigrates us all.

I would also vote the answer to question one as one fo the most straightforward and honest.