My Rather Conflicted Thoughts on Agency Pricing -- c.anne.gardner 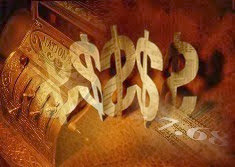 A few weeks ago all the hub-bub in the Self-publishing world had to do with Smashwords announcing that they had made the move to Agency Pricing, and that made a whole mega-boatload of crazed self-published maniac authors happy people, including me -- sort of.

Let me preface this by saying that I, myself, am a spend-a-holic book buyer and a ridiculously obsessed book reader. Not all self-published authors can make that claim, by the way. So for me, lack of discounting is a big deal, but it's not even the discounting so much as it is an issue of reasonable pricing. I won't pay paper book prices for an eBook. I just won't do it because an eBook lacks the pretty ga ga designer packaging and it has certain limitations that paper books do not, as in I don't actually have a fucking book. So the real issue with Agency Pricing is that the pricing has been left in the hands of people who really have no clue how to price a warm turd at a country fare to make it sell. Retailers, however, know how to do this because all they are interested in is selling the most product for the most profit and sometimes that means discounting a product or offering loss leaders to generate traffic. They also know average consumer loyalty leans heavily towards the place where they feel they get the most for their money, and incentive programs are a huge draw. With Agency Pricing, the retailers’ hands are now tied when it comes to manipulating the consumer. If the eBook costs the same everywhere, then I am going to buy it from the most convenient place, that being the one that offers formats compatible with my eReader and one that has a wide selection. I like Kobo, but without the discount, the foreign transaction fee just doesn't make it worth it for me to buy from them if the book is priced the same over at Sony or at Diesel or on the Publisher's website. I have no reason to be loyal now to one shop, and sure, it levels the playing field, but it also removes any sort of choice from the consumer. I decide how much I am willing to pay for something and where I want to buy it, and to me it seems like that bit of autonomy has now been taken away from me, and I don't like that much. I don't like being locked into a format or a price or a shopping venue. We all know retail price contains a significant mark-up in order to allow for discounting at the retail level. Take away that discounting and retail pricing has to be adjusted, and yes, eBooks cost money to make just like print books, but some of those costs can be eliminated from the equation, like printing and warehousing and shipping costs. Some will get swapped out for other costs, but come on, consumers are not that stupid. If a trade paperback costs less than the hardcover version, and a mass-market paperback costs even less than a trade paper copy, then logic dictates, the eBook, having no physical form, should also be cheaper then the paperback. I don't care if you window, or graduate the price over time as the book ages and wanes in popularity, I can wait, whatever.

Now on the flip side of this, my being an Indie author with books for sale and all that, Agency Pricing takes on a more convoluted meaning for me. I didn't mind the discounting because I get paid on the retail price anyway, so it didn't really make a difference to me if Kobo wanted to discount and B&N didn't. However, what made me eventually care was the fact that price parity was now being demanded by retailers as a direct result of their hands being tied. Amazon got particularly upset if another retailer was selling your book at a discount and they were not. Some people had buy buttons removed as a result in the beginning, which is asinine, because discounting does not affect the retail price of the book, so I think many Indies actually misunderstood how this whole thing worked and Amazon was just being a huge cantankerous pain in the ass. I even did a little experiment with Amazon and B&N to see what would happen. I had The Splendor of Antiquity priced at $1.99 over all venues, but B&N was discounting it to .99 cents because of my summer sale, so I left my Amazon price set to .99 cents after my summer sale ended so they would not get all pissy with me, but since my summer sale was over, I really wanted to return the books to their $1.99 price tag eventually. No matter what I did on Smashwords to adjust the price at B&N they continued to discount to .99 cents, so in much frustration, I decided to just change my price on Amazon, come what may. If they slapped my hand, they slapped my hand, and I would work it out later. Much to my surprise though, within twenty-four hours of changing my price on Amazon to match Kobo's discounted price of $1.79, B&N followed suit. Please keep in mind that this was all way before the Agency Pricing shift at Smashwords. So the next day, I upped the price on Amazon to its normal retail price of $1.99, and wouldn't you know it, B&N followed suit within twenty-four hours and I didn't get my hand slapped by Amazon.

Now that Smashwords has changed over to Agency Pricing, as a businessperson and a publisher, I don't have to worry about this price parity shit anymore, meaning I don’t have to worry about wasting my time monitoring discounts on various venues. I can just set my retail price and be done with it. This I like very much: less days spent working myself up into a constipated mental tizzy over fucking buy buttons.

So how does the royalty earning author and the book buyer reconcile their conflicted feelings: It's simple really, I price my books with a consumer mindset and I leave the writer and the publisher out of it. I know what I need to charge to make a profit, and I know how much of a discount I feel is fair when pricing print to eBook. Look, we all understand the hard work that goes into writing a book and the cost to produce that book. As for industry costs, there are people involved at every step of the way -- people who manage the print to eBook conversion process, and at the very least, I am sure they would like to be paid. They need to eat too. On the writer end of it, our art has value, no one is denying this, but if the consumer doesn't feel your price is fair, your work just won't sell. I don't agree with Agency pricing in so far as it has been mismanaged by the Traditional Publishing Industry to date much to consumer chagrin, but as an author and a publisher, I can see the benefit in it if administered properly.

I am opening up the floor here to Indie authors, how do you feel about Agency Pricing?

I like the standard royalty rate I now get at Smashwords. But the rest?

well, I hate that Amazon has hissy fits over other folk selling it cheaper, especially because they aren't playing fair with their own royalty rates. The 35/70% tiering is just wrong. It takes away MY power to price MY books as I want, if I want to price them below 2.99.

In terms of discounting, like you said, I don't overly care what they do. I still get the same royalty rate.

But what the major publishers are doing, with the high prices? I hope people won't pay them. I really wish the reading public would speak out with their wallets. They're being taken to the cleaners, and they seem to be doing it willingly. That makes me sad, even as it opens a nice opportunity for those of us in the $2.99 club.

Agreed Susan. I certainly won't pay those prices either. I only pay hardback prices for actual hardback books and I rarely buy those, so I can wait for the price to drop as the books wane in their cycle. If the price doesn't drop over time, then I will read something else.

I price my books at 1.99, which I think is fair for a novella of the length I usually write in. I was thinking about raising the price to 2.99, but it just didn't make sense to me to do so.