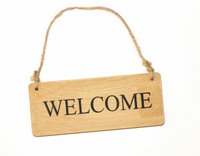 Lulu author Chris Gerrib is joining POD People as a reviewer. Chris's first novel, a science fiction story called "The Mars Run," is set in 2071. His protagonist, Janet Pilgrim, a recent high school graduate, suddenly finds herself unable to afford college, thanks to her father's financial mismanagement. Faced with the fear of dying of embarrassment if she goes to a junior college, she looks for a way out. After considering joining the Army, she stumbles on the solution to her problems - becoming an astronaut on a commercial space ship.

Chris's work has been favorably reviewed by a number of people, including:

Jeff Duntemann - SF author and publisher Jeff Duntemann likes The Mars Run. Jeff says, "[Chris] has an intuitive grasp of the criminal mind" and that he would have "gladly read it at twice the length."

Ron Miller (Hugo-nominated artist & writer) "It reads very much like a three-way cross between early Heinlein, Joe Haldeman and Allen Steele," and [the heroine] is tough, resourceful, likeable and altogether realistic and who she is and what she becomes is really what the book is all about."

Julie Ann Dawson, writer, publisher and general Renaissance woman, likes The Mars Run. She said, "Presents an interesting twist on the standard space travel fare." She likes the subtle presentation of future technology, and says, "Overall, The Mars Run will appeal to readers looking for a sense of action and adventure in their fiction choices."

These and other reviews can be seen at Chris's web site, www.privatemarsrocket.net. Chris is fond of science fiction, history and mysteries, and also blogs at http://chris-gerrib.livejournal.com.
Posted by veinglory at 5:43 PM

Glad to be here!

Welcome, Chris. I like your site and the blog is interesting, too.
Self publishing through Lulu, if you work at it with care, is a rewarding experience. When I self published KILL CHASE with them I learnt more about the mechanics of publishing and the mysteries of marketing than I knew in four years of slogging round the slush piles. I look forward to your reviews.

I’ve been surfing online greater than 3 hours lately, yet I never found any fascinating article like yours. It¡¦s beautiful value sufficient for me. In my view, if all website owners and bloggers made just right content as you did, the internet might be a lot more helpful than ever before.
mobile application development services